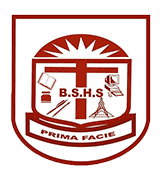 Since 2013, students have been enrolling and performing greatly in the areas of academics, sports, debating and other social activities.

Admission increases every year due to high academic excellence in WASSCE that the school receives from WAEC.

In 2017, that 10 years after the school’s inception, 887 candidates wrote the WASSCE and they all passed with grades A, B and C.