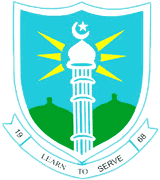 The school was established in 1968 jointly by the Ahmadiyya Movement in Islam and the Adansi Traditional Council. It was temporarily run at the Fomena Community Centre.

In 1970, the school was factored into the NUSRAT JAHAN SCHEME (Service to Humanity), introduced by Hadzrat Mirza Nasir Ahmad (Khalifatul Masih III) – Head of Worldwide Ahmadiyya Muslim Community. This followed his visit to Ghana in 1970. The Ahmadiyya Muslim Mission then solely took over the administration and management of the school until 1987 when it was absorbed into the public system of education.

Fomena T.I. Ahmadiyya Senior High School moved to its present site in October, 1976. The first Headmaster was a Pakistani Missionary teacher by name Mr. Kamaluddin Khan. He started the school with fifteen (15) students and four(4) teachers. The school has since its inception remained an equal opportunity offerer to all; admitting students of all background.