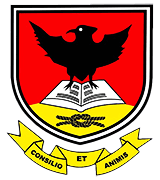 The School is one of the Trust Schools established by Dr. Kwame Nkrumah on 5 September 1959 with the aim of providing second cycle education to the children within the catchment area and beyond. The School was established under Ghana Education Trust Fund and funded by the Ghana Coco Board. The school's foundation stone was laid by Hon. F.D. K Goka, the then Volta Regional Commissioner. The Pioneer classes began on 19 January 1960 for 66 boys and completed in 1964.

The School celebrated its 60th anniversary in November 2019 . The old Students Union known as KOSU, which stands for Kasec Old Students Union started in the early 1990s in the New York and New Jersey areas of the United States. During this period, initial members met informally at members’ residences to discuss matters of mutual interest and benefit and examine ways to offer support to their Alma Mater. In February 2009, a few Alumni, located in the New York Metro area of the USA gathered together via telephone conferencing to rebuild the KOSU-Global organization.