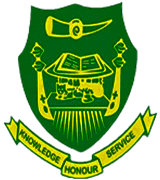 Okomfo Anokye Senior High is a co-educational institution which was set-up as a community school on the 5th October, 1964. It was named Subri Secondary School after The Wiamoase stool. It was the first Secondary school to be established in the then Afiya Sekyere District, now Sekyere South District. The name of the school was changed to Okomfo Anokye Secondary School on 22nd October 1964. The school was first housed in the Presbyterian and Salvation Army Churches with the two missions managing the school until it was absorbed by the Government of Ghana during the 1970/1971 academic year.