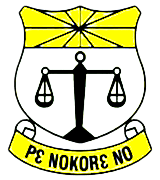 Osei Tutu II College, formerly Tetrem Secondary School, had its humble beginnings in 1973 when through the generosity of an indigene, the school had its first structures resulting from a donation made for the creation of a private agric institution solely for the purpose of training the young unemployed in the locality in effective agricultural practices for self-employment and their personal livelihoods.

As the only post-JSS institution around the locality, the government of the time then saw it fit to absolve it into the mainstream educational system via the Ghana Education Service.

It is hoped that with the total movement of structures, facilities and students to the new site in the foreseeable future, the sky will be the limit.