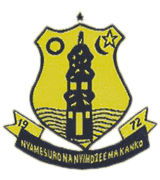 Potsin T.I. Ahmadiyya Senior High School started as a humble institution at its present site with a student population of thirteen (13) boys and a girl, with only four teachers, including the Headmaster. Initially, the school started as a day school until 1974 when it begin enrolling students from outside its surrounding towns and villages.

Students from the urban areas began the boarding system; they were ninety-four (94) girls and sixteen (16) boys. There was no pipe-borne water and most of the people in the community relied on reservoirs built in their homes. The rest also had to walk a distance of five (5) kilometers to river Ayensu for water. This was a daily routine and hampered the academic performance of students because they had no alternative; they had to fetch water from the river side before reporting for classes.