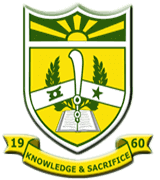 In 1958, the Nkrumah Administration set up the Ghana Education Trust with the object of providing more secondary schools to absorb the large number of pupils who has benefited from the Free Universal Primary Education launched in 1951 and who were unable to secure places in the existing 38 assisted schools in the country. The cocoa Marketing Board provided 2.5 million for the Trust to meet the cost of establishing the first ten secondary schools of which Tweneboa Kodua Secondary school was lucky to be one.

The Kumawu Traditional Council and the people of Kumawu readily welcome the Trust’s proposal to establish a secondary school in the town. Under the able leadership of Barima Otuo Acheampong, the then Kumawu Omanhene, the Council magnanimously donated a vast stretch of land measuring over 400 acres for the school project.

On August 20, 1959, the foundation stone of the first Secondary School for Kumawu was laid by Hon. Krobo Edusei, Minister of Transport and Communication and Member of Parliament for the area. By the end of the year, most of the buildings has been completed and were ready for use. The name Tweneboa Kodua was chosen by consensus for the school to immortalize the name of Barima Tweneboa Kodua, who had given up his life to enable the Asante nation win its war of liberation against Denkyira during the reign of Otumfuo Osei Tutu I.

The first batch of 45 all-male student was admitted to Tweneboa Kodua Secondary School in January 1960. The school remained a boy’s boarding school until the 1969/70 academic year when it was turned co-educational with the admission of the first group of female students. Ten years later, that is, in September 1979, Sixth Form courses in arts, Science and Business were introduced.