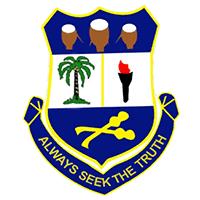 Adu Gyamfi Senior High School was established in 1968 by the Jamasi Presbyterian church with a student population of 80. It was initially known as Presbyterian secondary commercial school (PRESCO).

It was a private institution using the Presby Church as its classroom and later moved to Opanin Sekyere's house. Opanin Moses Sarpong, Opanin Kwabena Agyei and Madam Akua Akyere voluntarily offered their pieces of land for free.

In 1974, it was absorbed into the public school system and its name was changed to Adu Gyamfi Secondary School.

The school has been successful in both academic and sports field. In terms of academic, the products of the institution are found in higher places of work both in Ghana and Outside Ghana. Most of the students now complain of females being their Heads which we are finding it difficult to comply with them.