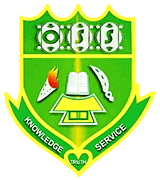 Erstwhile Ghana Educational Trust (GET) under the distinguished chairmanship of Nana Ayirebi Acquah of Winneba established the school situated at Oda Eastern Region of Ghana in the Birim South District as a co-educational boarding institution in September 1960 during the Nkrumah regime.

Hon. N. A. Welback, Minister of works and Housing under the Nkrumah regime, officially laid the foundation stone in January 1960.

The school enrolled its first batch of students numbering eighty-seven (17) boys and fifteen (15) girls. The school was governed by eleven-member board of governors under the able chairmanship of the late Hon. Albert Kwame Onwona Agyeman, Member of parliament North Birim and Deputy Minister of Finance in the Nkrumah regime.

The school's first headmaster between Sept 1960-Jan 1961 was the late Rev J.W. de Graft Johnson who also became the headmaster of Wesley Grammar School, Accra and Agona Swedru Secondary school. Rev. de Graft Johnson at the initial stage of his appointment had a scholarship and left for the United Kingdom and U.S.A on a study tour.

The first group of students sat for the G.C.E. “O” Level exam in October 1965 and excelled in the examination. Sixth from (Arts & Science) courses were started in October 1968. Enrolment increased tremendously.

It is worthy to mention that from September 1960 up to date the school has turned out many prominent products, some of these products are now members of the teaching staff holding responsible senior positions in the school.