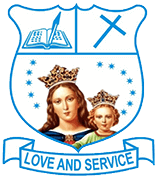 Our Lady of Mount Carmel Girls Senior High School started as a private school; through the initiative of Most Rev. Mathew Kwasi Gyamfi, the Bishop of Sunyani Diocese in conjunction with the sisters of the Handmaids of the Holy Child Jesus (HHCJ), and supported by the then St. Paul’s Catholic Church, Techiman.

The pioneering work in establishing the school was began by the late Msgr. John Oppong Baah, who was the first Ghanaian Parish priest of the then St. Paul’s Parish. Msgr. Boakye Gyan and V. Rev. Fr. Peter Yeboah worked hard to bring the dream and vision of the school into reality. The school was officially opened on 26th October, 2006. With the creation of the Techiman Diocese in 2008, the school came under the proprietorship of Most Rev. Dominic Yeboah Nyarko, the Bishop of Techiman Diocese. The school started in a temporary structure of the former St. Paul’s Technical school with one hundred and fifty students.

Since its inception in 2006, the school has passed under the leadership of two acting Headmistresses. The first was the late Sr. Veronica Adu Fosu (HHCJ) with Sr. Catherine Acquah (HHCJ) as the Assistant Headmistress, from 2006-2009. They were supported by five full time teaching staff, seven non-teaching staff and some part time teachers from Techiman Senior High School (TESS). They all worked tirelessly to see the dream of the founders come through amid challenges.

In January, 2010, Sr. Veronica Adu Fosu handed over the administration of the school to Sr. Christiana Chika Ifeabunike (HHCJ) with Mr. George Elliot Badu Kaakyire, a retired teacher, as the Acting Assistant Headmaster. In March 2012, through the instrumentality of Hon. Alex Kyeremeh, the former MP of Techiman North, and the former Deputy Minister of Education in charge of Pre-Tertiary Education, the school was absorbed into the public-school system, and received full support from the Government of Ghana. As a result of this new development, Mr. Badu Kaakyire, who was retired, had to leave and then handed over to Mr. Benjamin Blavo as the Acting Assistant Headmaster.

The Our Lady of Mount Carmel Girls Senior High School is a Catholic Mission school assisted by the Government of Ghana. It was started by the Church as a private Girls’ school and since the year 2012, has become a government assisted senior high school. The school was established in 2006 with the aim of offering excellent education with sound moral values to young ladies, with the view to ensuring effective girl-child education and empowering them with the needed skills for the future.