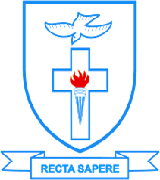 St. Charles Minor Seminary was first opened in 1953 at Wiaga in the Builsa District of the Upper East Region, by the Missionary of Africa (White Fathers). It was later moved to Tamale in 1955 where it is now situated. The school was moved to Tamale in 1955 because of its strategic and central position as the administrative capital of the north.

At Wiaga, the school started with 12 students as a pioneer class, and 8 in the second batch, and the third batch of 21 students were moved to Tamale. The forth batch which was made up of 29 was reduced to 15 students by the end of the year; 14 of them having been withdrawn for various reasons.

Not until the late 90s when things became very difficult for the school to be continuously sustained by the church single handily; that a decision of going into partnership with government which eventually resulted to the absorption of the school by the government in 2001.