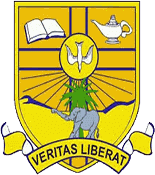 The Saint Thomas Aquinas Secondary School was established in the Greater Accra Region by the Catholic missionaries on 15 January 1952 in the present premises of St. Peter's Catholic Church.

The Roman Catholic missionaries were at the vanguard of establishing schools across Ghana to educate boys in the catholic tradition. It was in this direction that the Roman Catholic Bishop of Accra, the Most Rev. Adolph Alexander Noser, started the school in a two-storey house at Osu-Anohor, close to the littoral, with a limited number of fifty students

The original staff comprised three Society of the Divine Word (SVD) Reverend Fathers, Father Alphonse Elsbernd (the first headmaster), Father George Wilson and Father Fisher, Mr Augustine Adu and Paul Baddoo. In March 1954, Father Clement Hotze took over the reins of administration of the school as Headmaster; with a student population of 130 and staff of 8. Hotze knew that the proper development of the school depended on two main projects, Assistance from the Government and recognition from the West African Examinations Council. He was never tired working on these projects, until his efforts were rewarded in January and April 1957.

The school was recognized as government-assisted by the West African Examinations Council (WAEC) to present candidates for the Ordinary Level Examination in 1957, when Rev. Father John McKillip became headmaster. In November 1955, Fr Hotze presented the first candidate for the School Certificate Examination and had a 100% pass rate; one candidate was presented and one candidate passed; and this was a feather in his cap.