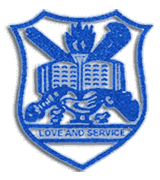 Yaa Asantewaa Girls’ Senior High School (YAGSHS) was established in 1961 as part of the rapid educational expansion project pioneered by Osagyefo Dr. Kwame Nkrumah, the first Ghanaian President after the independence of the country. The school started in 1960 with seventy students.

The school was named after Yaa Asantewaa, the great historical revolutionary heroine and Queenmother of Ejisu, in the Ashanti Region of Ghana. This short, smallish lady boldly led the Ashanti Kings in a war against the British colonialists in the year 1900.

Our patron Yaa Asantewaa might not have won that war physically, but her spirit and vision continue to inspire all Ghanaians generally, and all women and the girl-child in particular.

For us in this school, we are continuing with the war, but this time around, we are neither fighting with guns nor against anybody. We are in an academic battlefield, fighting for excellence and fighting against ignorance and the denigration of women. With the few resources from the central Government, the Parent-Teacher Association, the Old Girls, and other stakeholders, we have been doing our best in spite of all odds.

For almost half a century, the school has turned out thousands of educated and well formed women who are in responsible positions in government, administration and business circles.