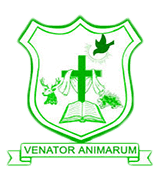 In 1995, Archbishop Sarpong, responding to the needs of Catholic parents opened up the school to admit a limited number of students as non-seminarians. All the non-seminarians were Catholics and also non-residential students. A second stream was thus created TO OFFER HOLISTIC EXCELLENT CATHOLIC EDUCATION for other boys who just wanted a good catholic secondary education for the secular world.

It is the success of the expanded vision and mission of offering quality catholic education to non-seminarians that grew to the policy of partnership with government at St. Hubert.

In 2005, the school joined the public education system to partner government in secondary education. About 50 acres of the original diocesan seminary land was earmarked for the development of the expanded vision of St. Hubert. In the partnership, St. Hubert still remains the bona fide property of the Archdiocese of Kumasi under its management but opens its facilities to public use.