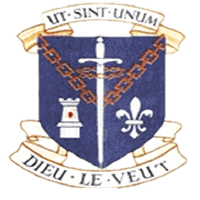 Most Rev. Hubert Pailissen, SMA, in early 1949, said; “In this country, scarcely 15 percent of the school going youth are girls. The people now begin to realize that more must be done in favour of this much –neglected part of the human race, and the chiefs, conscious of their duty towards their subjects, asked us to establish schools for girls in their respective villages…. But to obtain results, it is necessary that the direction of girls’ schools should be in the hands of Sisters of a Teaching Order with the necessary experience in the latest development of pedagogic methods.”

Hence, on Sunday, October 19, 1947, the first St. Louis Sisters arrived in the country. They were to continue the running of an already-established elementary school, the St. Bernadette School, now popularly called “Roman Girls”. True to character, the St. Louis Sisters, who never do things by the halves, decided to establish a new secondary school on the same compound. In 1952, St. Louis Secondary was opened, with an initial group of 12 girls. Only out of this group survived to join the second group of 1953 to make 42. By December 1957, when the surviving group wrote their “O” Level Examination, they numbered 11 (eleven).

Most of the salaries of the Sisters, funds raised, and Diocesan contributions went into developing the compound and acquiring necessary inputs.

Despite staffing and financial difficulties, the student population continued to grow. It was clear that further accommodation had to be provided. Through the kindness of Nana Osei Agyemang Prempeh II, the then Asantehene, of blessed memory, the requisite site was given, and funds were provided by both the Diocese and the Sisters.

Succeeding reports of inspectors testified to the excellence of teaching given by the Sisters. These reports paid tribute to the School’s “air of efficiency” and its “very good organization and discipline” It was upon these commendations that the Ministry of Education, in 1960, wished the Sisters would open a Training College on the site on which St. Louis Secondary School now stands. That same year, 1960, a change-over took place, and St. Louis Secondary School moved to its present site. The foundation stone was laid by the late Otumfuo Osei Agyemang Prempeh II, Asantehene, on March 25, 1960, the feast of Annunciation, and was blessed by Rt. Rev. Andrew van den Bronk (SMA), the then Bishop of Kumasi.

In the same year, the Sixth Form Arts class began with five students. In 1964, the Administration Block was built and dedicated appropriately to the “Annunciation,” for we have good news to tell. More buildings were put up to meet the School’s expanding needs. In 1964, the Sixth Form Science stream was started. Past students will recall the butterfly collection with Sister Elizabeth (Mary Roch) and Sr. Philomena McGuinness, (Mary losagan). There was also the planting of shrubs, shade trees, and general landscaping with Sr. Aideen. Now, the school has many more buildings, including a picturesque library complex. The delightful training in Music and Singing has left a tradition for us. We also recall the Drama performance.

Emphasis, in the education of girls, was placed on excellent performance in professional subjects and harmonious relationships in the whole community. Training in Christian leadership was stressed and interest encouraged in Music, Poetry and Drama. A particular feature worthy of mention is the Debating Society through which the students became alert to the many grave problems confronting the society.

In view of the insufficiency of missionary priests and nuns, the students formed a strong lay apostolate to go to the outlying compounds to teach Catechism, prepare candidates for Baptism, and visit lapsed Christians to re-awaken their faith. Students also got the chance of broadening their outlook by visiting neigbouring countries.

In the early 1970’s, the school began admitting boys into Sixth Form. This ended in the early 1980’s due to the problem of control. The venture, however, enriched the quality of students turned out.