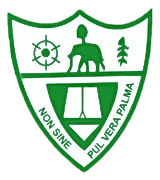 Earlier in the beginning of 1970's, the dream of the then chief of Kokofu, Nana Osei Assibey (iii) to establish a Secondary School could not be nurtured into a living reality, and in about two years time, the then Kyidomhene and chairman of Kokofu Town Development committee, Nana Aduboahene, with the support of some influential citizens of Kokofu were able to nurture the earlier proposal of the opinion leaders to establish, either a Teacher Training College or a Secondary School, into the establishment of a Secondary School.

With Baffour Assibey, the then principal of Toase Training College offering every technical advice, and Nana Kyidomhene in Accra offering every financial support, the Town Development committee was advised to appeal to the then Regional Education Officer, Mr. Kwakwa, with the chairman of the committee, Nana Kyidomhene to clad himself as a King, in order to make their visit very appealing for quick response.

As earlier opined by Baffour Assibey, with no such institution in and around Kokofu, the Regional Director, in approving their request, demanded a building as an initial school block and other conditions like, land for the envisaged school.

Mr.J.E. Adarkwah Dadzie, of blessed memory, who was instrumental in the writing of the initial formal request to the regional education office also, willingly, offered his, then, newly constructed ten(10) bedroom house as the initial school block, which has over the years continued to serve the needs of the school and now, housing the Assistant Headmaster, Administration, and one of the school's matrons, with the late Nana Osei Assibey (iii), the then Kokofumanhene, consenting to release the land at the current school's site.

For headship and initial administration of the school, a native 0f Kokofu, Mr. Adu Kyei, then a tutor at Bekwai S.D.A Secondary School, upon consultation, consented and offered to play this pioneering headship role, serving for two (2) years with, the current Kokofu police inspector's house as his residence, and Mr. Osei Yaw Assibey continued as the second Headmaster until the school was absorbed by the government.

The first Headmaster appointed by the government and the third since the beginning of the school was Mr. Kwabena Adjei, followed by Mr. Yinka, and briefly Mr. Sarfo and Mr. Anyiam, with Mr. Osei Assibey and Mr. Agyapong Ntra following, in that order, and currently Mr. J.K. Baffoe.

Actively supporting Nana Kyidomhene and Baffour Assibey were Mr. Oppong Kyekyeku, the then Vice Chairman of the Kokofu Town Development Committee and latter the Chairman, and Mr. Bioh Adikan, the brother of the late Kyidomhene, who was endowed with building knowledge, and Barima Offeh Akwasi Okogyeasuo (ii), then known in private life as, Mr. Adu Bobbey who, was with G.E.S and giving pieces of advice and sharing constructive opinions.

With an initial amount of Two (2) pounds from the late Kyidomhene, Nana Aduboahene, and building know-how from his brother Mr. Bioh Adikan, Mr. Oppong Kyekyeku marshalling, the Kokofu citizenry communal labour force, started the construction of the current administration block and the first two dwarf classroom blocks with, some building blocks of Baffour Assibey being picked for use, and in about six(6) months time the school was absorbed by the government.

The late Kyidomhene, Nana Aduboahene, being the major architect of the inception of the school, preferred to name it after his late father, Oppong, and to which idea, the opinion leaders like the citizenry all embraced, up to date.

The first batch of students admitted were twenty nine (29) among boys and girls, and including the daughter of Barima Offe Akwasi Okogyesuo (ii), Augustina Adu Bobbey.

In recognition to their indefatigable roles and contributions to the establishment of the school and Kokofu state in general, the four houses of the school were named after the following special personalities.