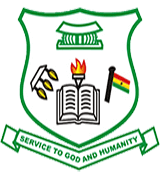 Osei Kyeretwie Senior High School,the first second cycle institution in Ashanti, was established in 1937 by the late J.T. Robert who was a Sierra Leonean. At the time, it was christened Asante Collegiate and was sited at Asafo, a suburb of Kumasi.

The Ministry of Education in September, 1962, took over the administration of the school. However, the name, Asante Collegiate, was maintained. Subsequently, at the beginning of the 1968/69 academic year, the school was renamed after the late Sir Osei Agyemang Prempeh II, known in private life as Barima Kwame Kyeretwie, in his honour.

Shortly after the re-naming ceremony, the school was relocated to a new site at Dichemso formerly occupied by Modern City Academy. Afterwards, the school population increased significantly. As a result, His Royal Majesty Sir Osei Agyemang Prempeh II, by his kindness, acquired a new site at Old Tafo, Kumasi. A committee was set up through the Lands Commission to demarcate the site in 1970. Nine years afterwards, the school started operating the two sites which was a very daunting task. Running the school became very expensive besides the risk of transporting students to and fro the two sites daily. The school eventually moved to the new site at Old Tafo, Kumasi in 2004/05 academic year.

As a result of gradual encroachment of the land, in 1998, the President, Flt. LT. Jerry John Rawlings, by an Executive Instrument, compulsorily acquired the land which was 168.28 acreage.